Proposed 27-Story Journal Square High-Rise Could Include Over 650 Units
thepressnj.com

Last year, we told you about plans for a new high-rise building in Jersey City with 450 units. Now, a developer is planning an additional 200 apartments. The post Proposed 27-Story Journal Square High-Rise Could Include Over 650 Units appeared first on Jersey Digs.

A new addition to McGinley Square along Monticello Avenue, Snapdragon brings coffee, service, and ambiance together for the community. The post A New Neighborhood Favorite: Snapdragon Coffee & Social in McGinley Square appeared first on Jersey Digs.

The owner of a longtime Jersey City bar, that reportedly inspired a character in The Simpsons, confirmed to Jersey Digs that he is in the process of selling the business. The post Jersey City’s Journal Square Pub to Get New Owners appeared first on Jersey Digs. 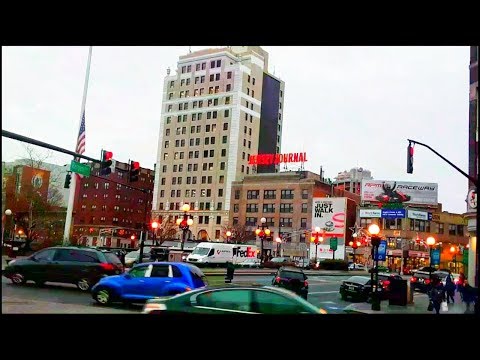 This video shows a tour in Journal Square in Jersey City, NJ, USA. Journal Square is a neighborhood of Jersey City, a city of a population of over 260k and is the county seat of Hudson County, and its located in the New York metropolitan area in the Northeast region of the United States. Although […]