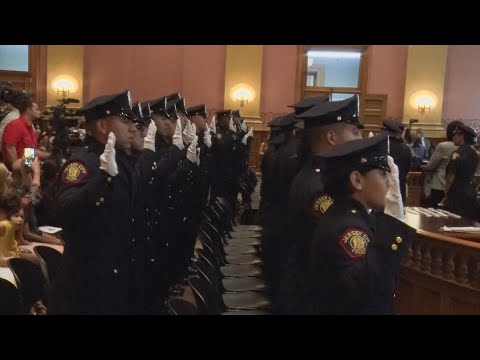 Fifty new officers joined Jersey City’s Police Department Monday, expanding the city’s ranks to 945 officers in total at a time when the city’s crime rate has been on the decline. Don’t forget to SUBSCRIBE for daily videos: http://bit.ly/1ERsYqw **More info & videos below** For full episodes, check out http://www.njtvnews.org/ Let us know what you […]

A dispute involving whether a Jersey City property owner has the right to redevelop his own property appears to have reached a resolution. The post New Designation Calls for Mecca to Drop Bates Street Redevelopment Lawsuit appeared first on Jersey Digs.