Portraits that capture the creative spirit of 80s New York

On New Year’s Eve 1980, photographer Tom Warren got his first taste of downtown New York’s scene. He was 24, new to the city, and had just signed a lease on a dilapidated loft on Broome Street when his friend invited him to The Real Estate Show run by (a collective of artists challenging issues like Reagan-era budget cuts, the housing crisis and gentrification). The 35 squatter artists wanted to “bridge the gap between artists and working people by putting artwork on a boulevard level,” taking over a vacant two-storey building on the Lower East Side.

In a statement of intention, the artists said they were placing “themselves and their work squarely in a context which shows solidarity with oppressed people, a recognition that mercantile and institutional structures oppress and distort artists’ lives and works, and a recognition that artists, living and working in depressed communities, are compradors in the revaluation of property and the ‘whitening’ of neighborhoods.” 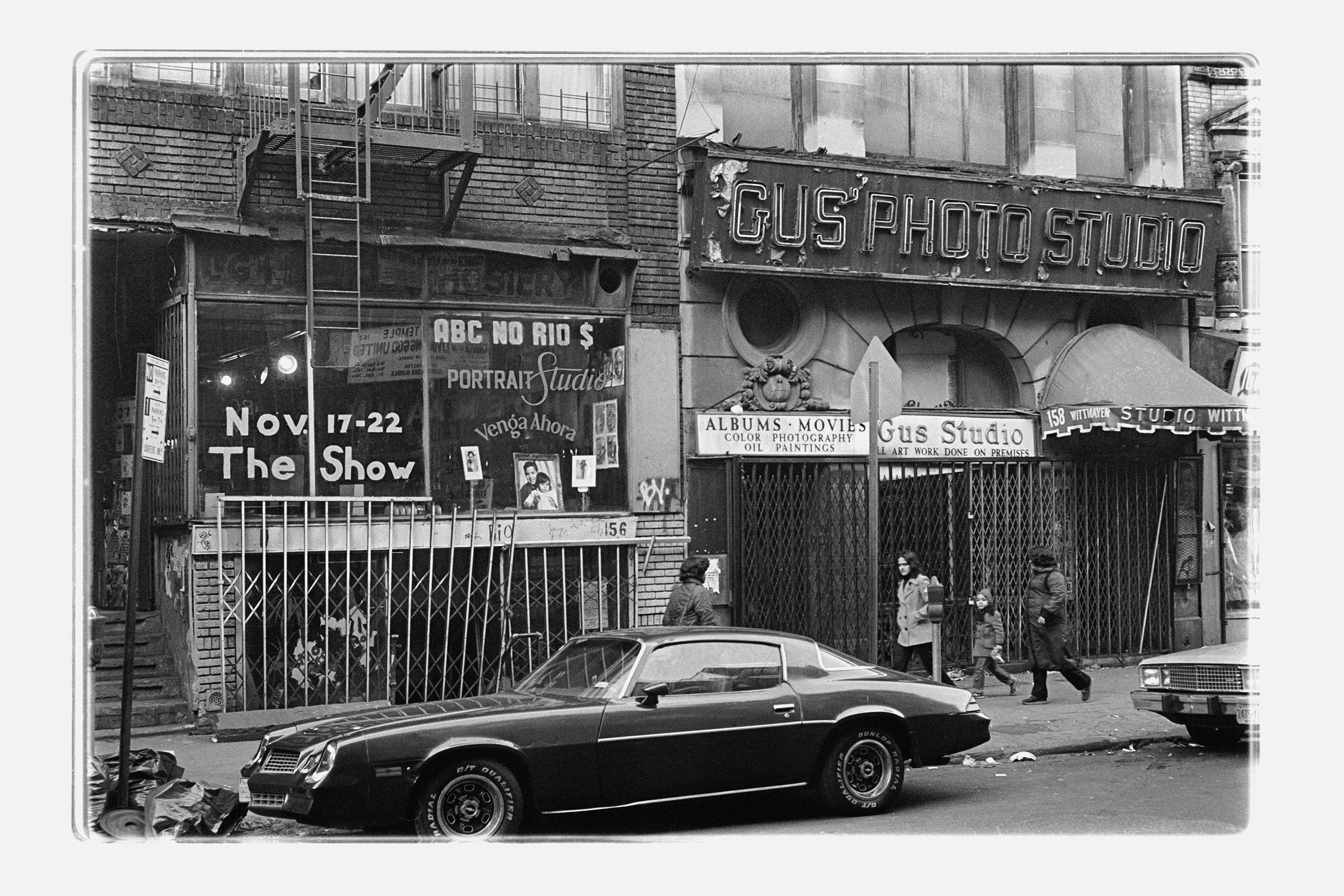 Although the short-lived show was shut down by the city — the art confiscated or destroyed — it attracted mass media attention. In negotiations with the Housing Preservation and Development department that followed, the organizers of The Real Estate Show were given a new venue at 156 Rivington Street as an apology. It became ABC No Rio, a community-oriented gallery space that countered the exclusivity of the art world. In it, Tom would host “Portrait Studio”, a live performance piece he conceptualised and that’s documented in his new book The 1980s Art Scene in New York.

“A big part of the idea was to the local community that was living in that area, which was primarily Puerto Rican and Hispanic,” Tom says. “I wanted to offer high quality portraits to the masses and to people that wouldn’t normally have access to such a thing.” According to art critic Walter Robinson, “Portrait Studio” became one of the few exhibitions that the local community were drawn to and partook in. 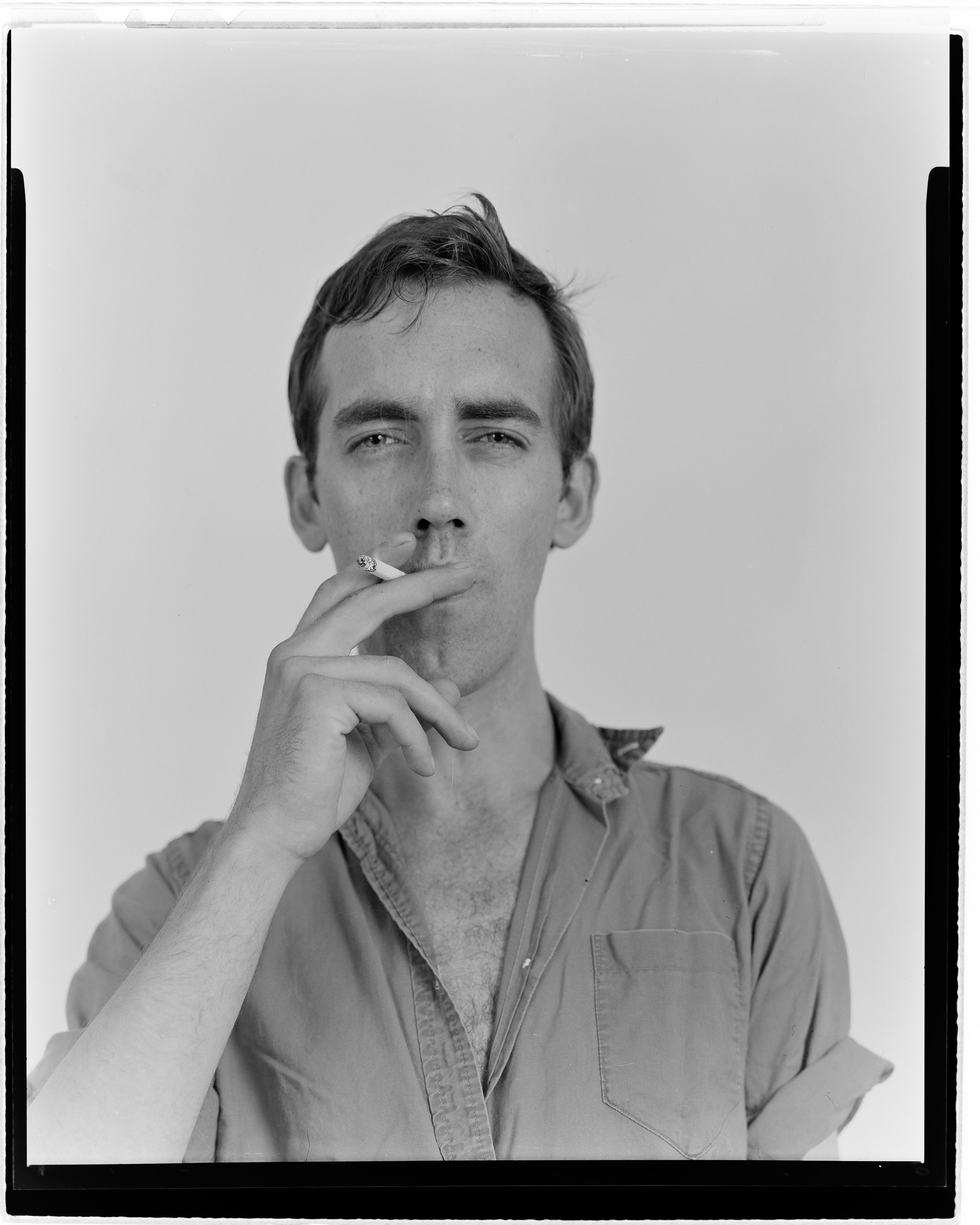 Tom also took the “Portrait Studio” to a number of exhibition openings over the next decade, and captured a number of now-famous faces. Tom photographed a diverse crew of artists, critics, collectors, hip hop stars and art dealers, including Keith Haring, David Wojnarowicz, Lady Pink, Judy Rifka, Grandmaster Flash, Leo Castelli, and more. “Part of what makes my book kind of nice is that it so thoroughly documented the core of a thriving scene in New York,” Tom says.

A reference and tribute to traditional studios like the abandoned Gus’s Photo Studio next door, Tom’s pictures were conventional and standardized, mostly shot on Polaroid or Kodak film, in the style of an old school photograph. They’re simple and egalitarian, letting the subject present themselves in their own unique way without distraction. “What I’ve found is how revealing such a simple setting can be,” Tom says. 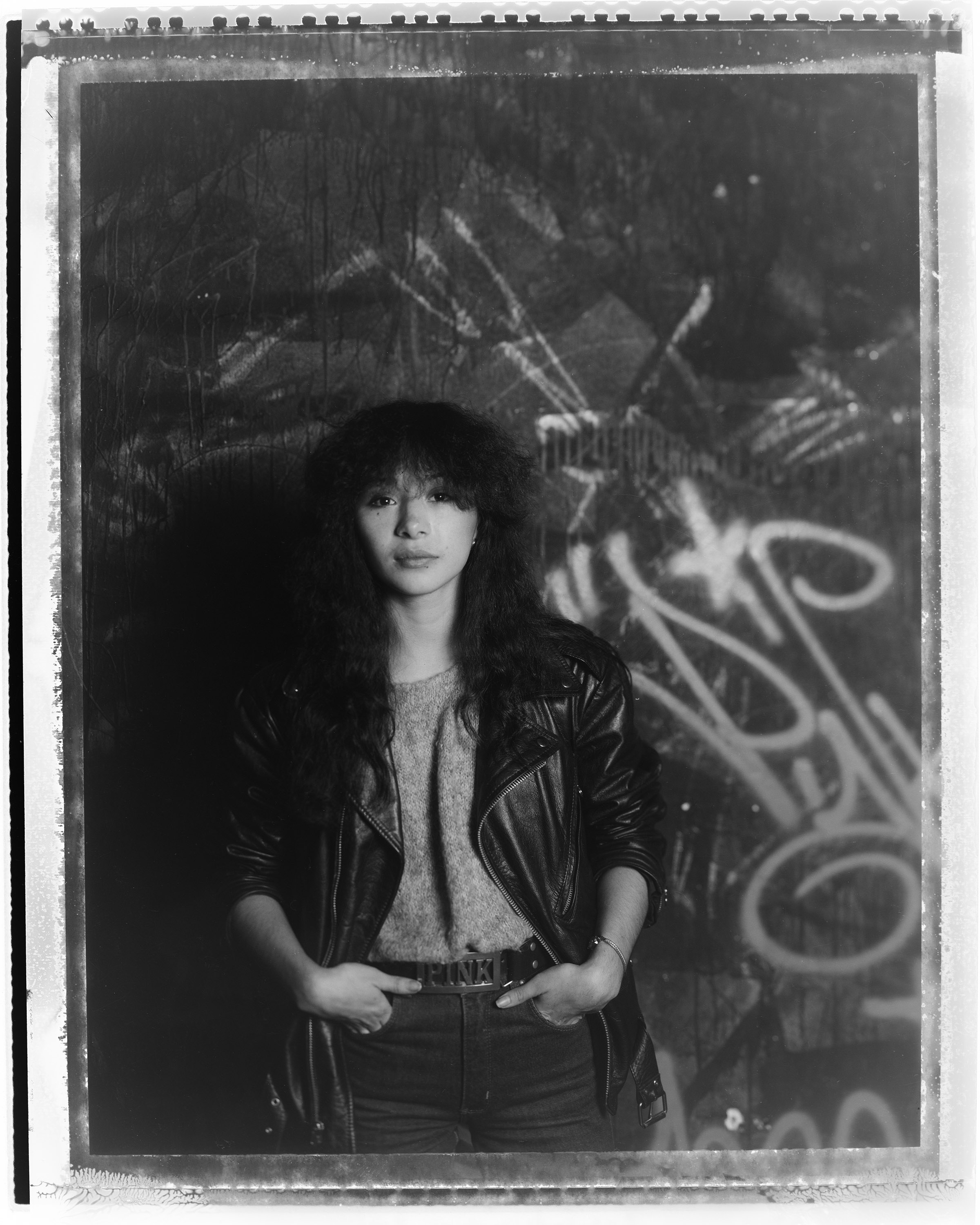 The artist Kiki Smith, whose paintings explore sexuality, mortality and abjection, bends down with her hands in claws; Keiko Bonk playfully tries on multiple hairstyles and costumes. Painter and video artist Judy Rifka turns her eyes to the side in staged discomfort, while Tim Greathouse, an artist and collector who set up storefront galleries on the Lower East Side, boldly positions himself right in front of the lens, so only his bowtie and face are visible.

Like too many of Tom’s subjects in the book, Tim died of AIDS-related complications in 1998. His friend, the Argentinian figurative painter and sculptor Luis Frangella, who strikes a bold pose with long curly hair and a dress that’s fallen down to reveal a plaster-clad nipple, was also lost to the epidemic. “I saw him right up to his death. And it was heartbreaking. It was devastating.” Looking back at his images, Tom is happy to have been able to create an “archive of people when they were active… It’s nice that the photographs can be used to remember that.” 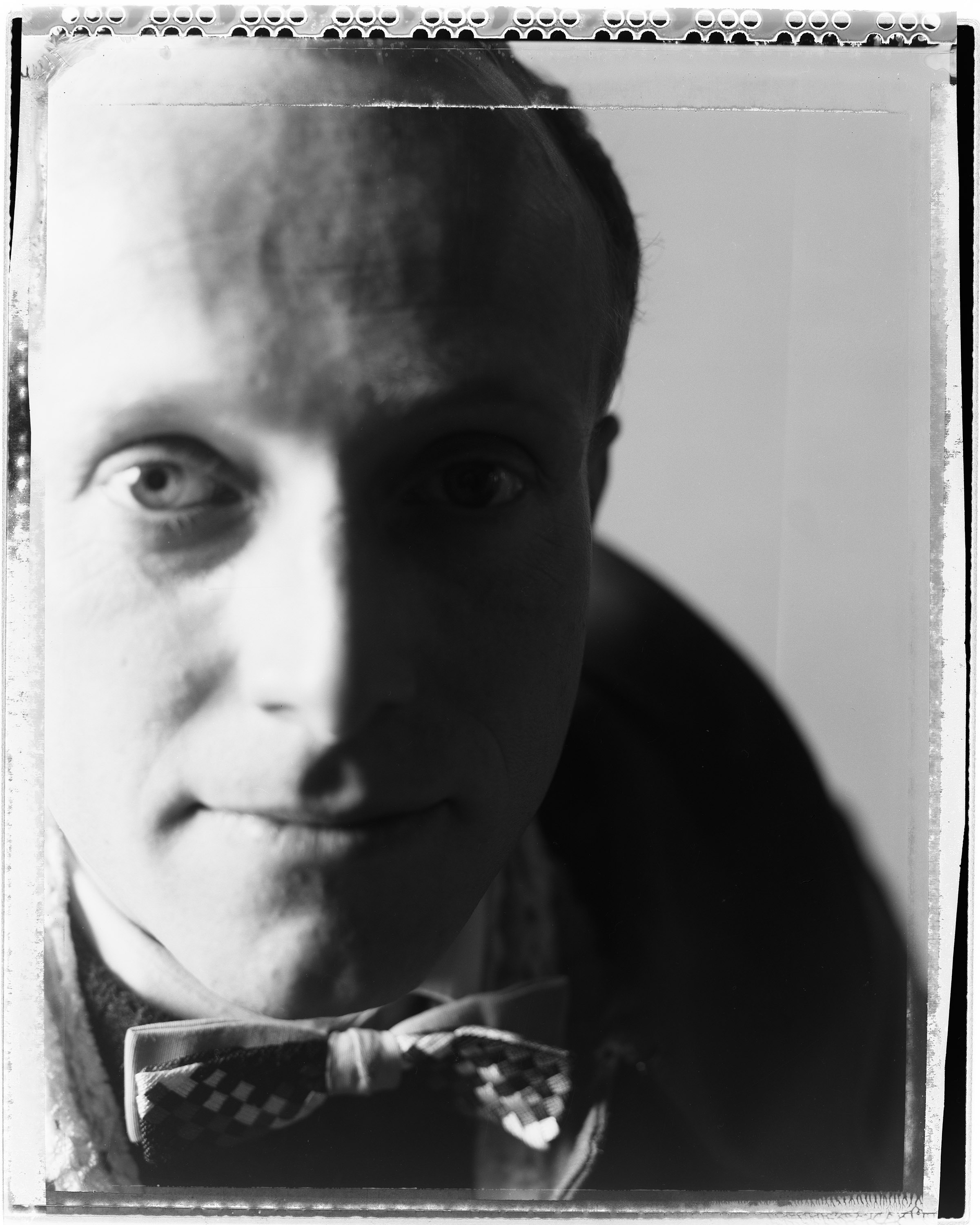 The photo book also highlights the youthful spirit of the era, and raucous coming-of-age tales that can only be associated with New York City. Gritty bars filled with chatter, neon lights, loud music and graffitied walls served as a backdrop to the creative characters of the art scene. Tom’s images capture partygoers like Rene Ricard, with a drawing of an inflated penis by Jean Michel-Basquiat on his jeans, Cornelius Conboy and Dennis Gattra of the nightclub 8BC, holding honey roasted peanuts and pulling faces that mask smiles, and the regulars at White Columns and The Red Bar. “[Tom] shows the emotional intensity of the art world and the intimacy of the East Village scene,” writes Helga Krutzler of the Pulpo Gallery in the preface.

“Imagine a village where everybody is an artist, nobody has or needs a steady job, and anyone can be the art world’s Next Big Thing,” curator Dan Cameron said of the neighbourhood at his 2004 exhibition at The New Museum. “Such was the myth (and occasionally the reality) of the East Village in the mid-1980s, when glamour and sleaze were nearly indistinguishable, and the boy next door was an androgynous, foot-high-peroxide-pompadour-sporting singer named John Sex.”

Tom shared his twenties growing up with the city’s artists — immortalising their legacies as they shaped his own. Against a backdrop of death, dirt and dereliction, wild parties, music and art, he documented his friends, lovers and acquaintances: a dense art scene ready to burst wide open. 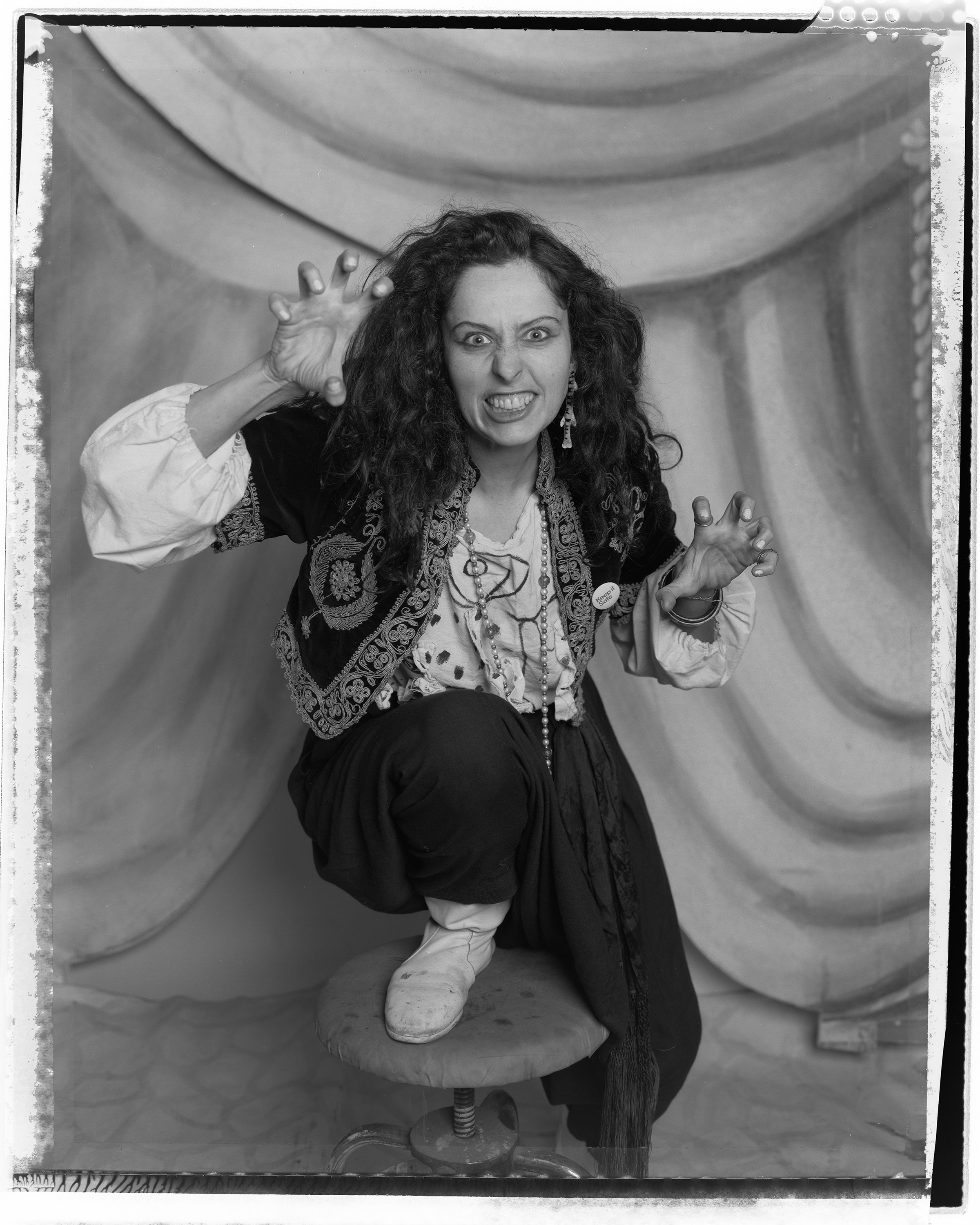 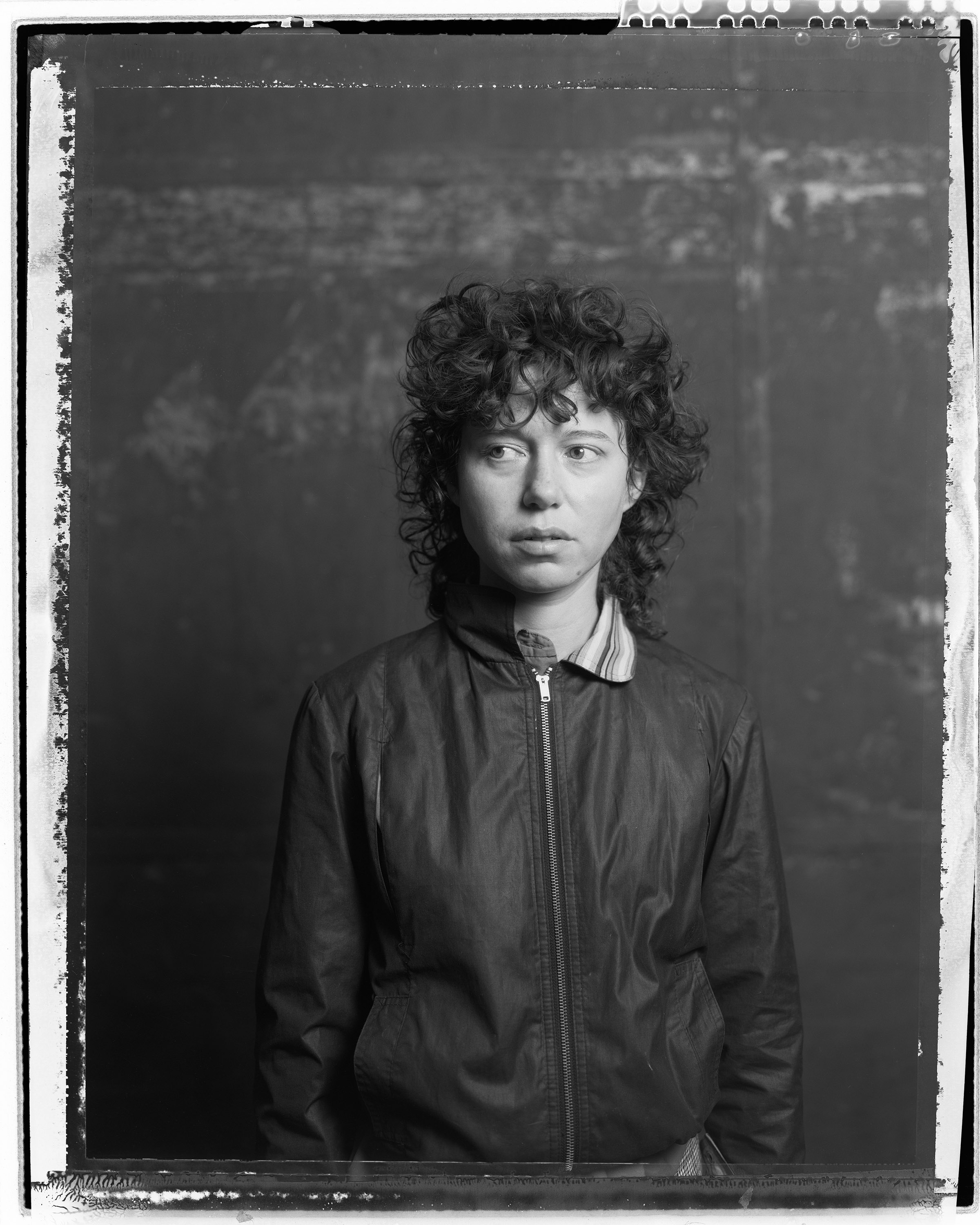 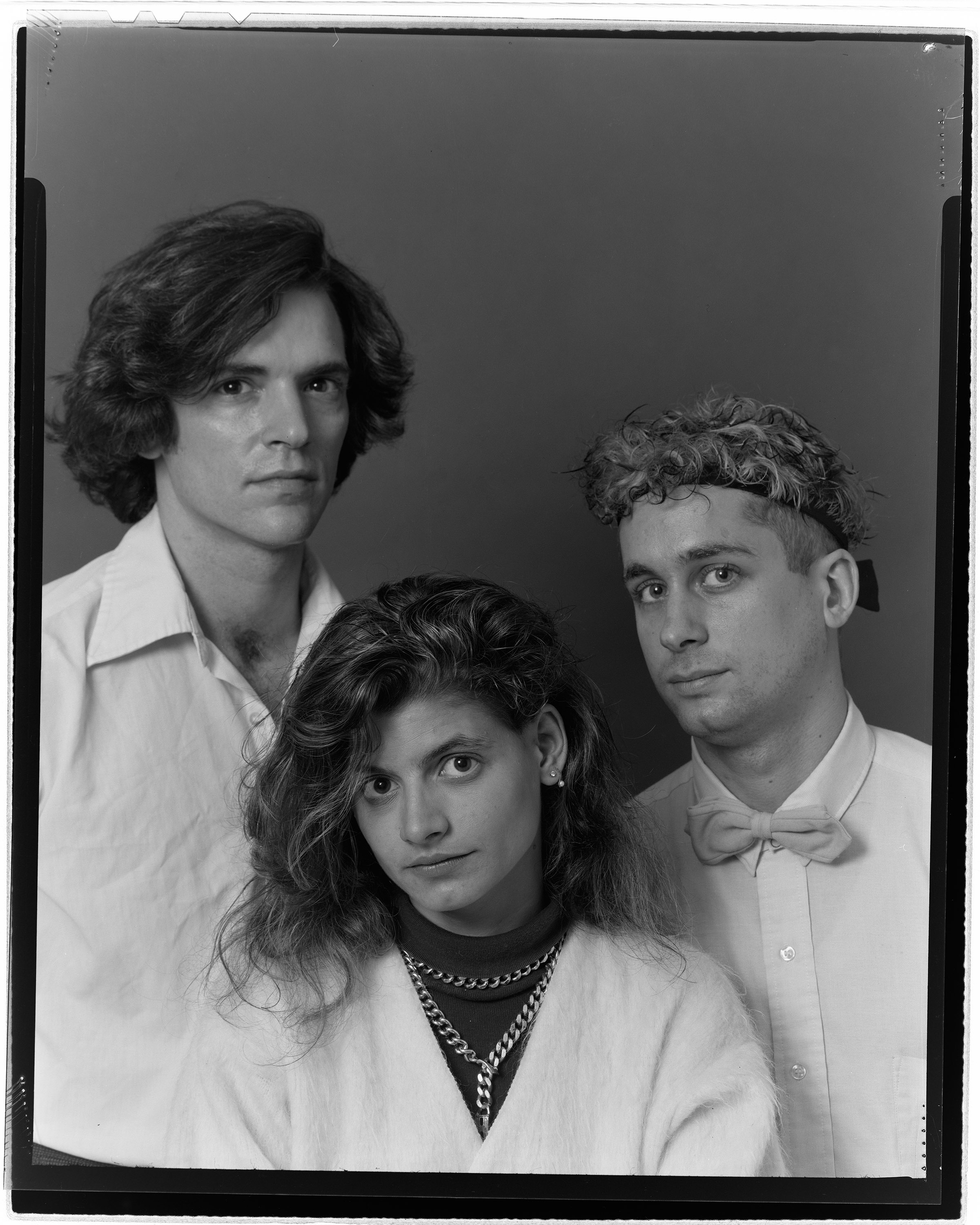 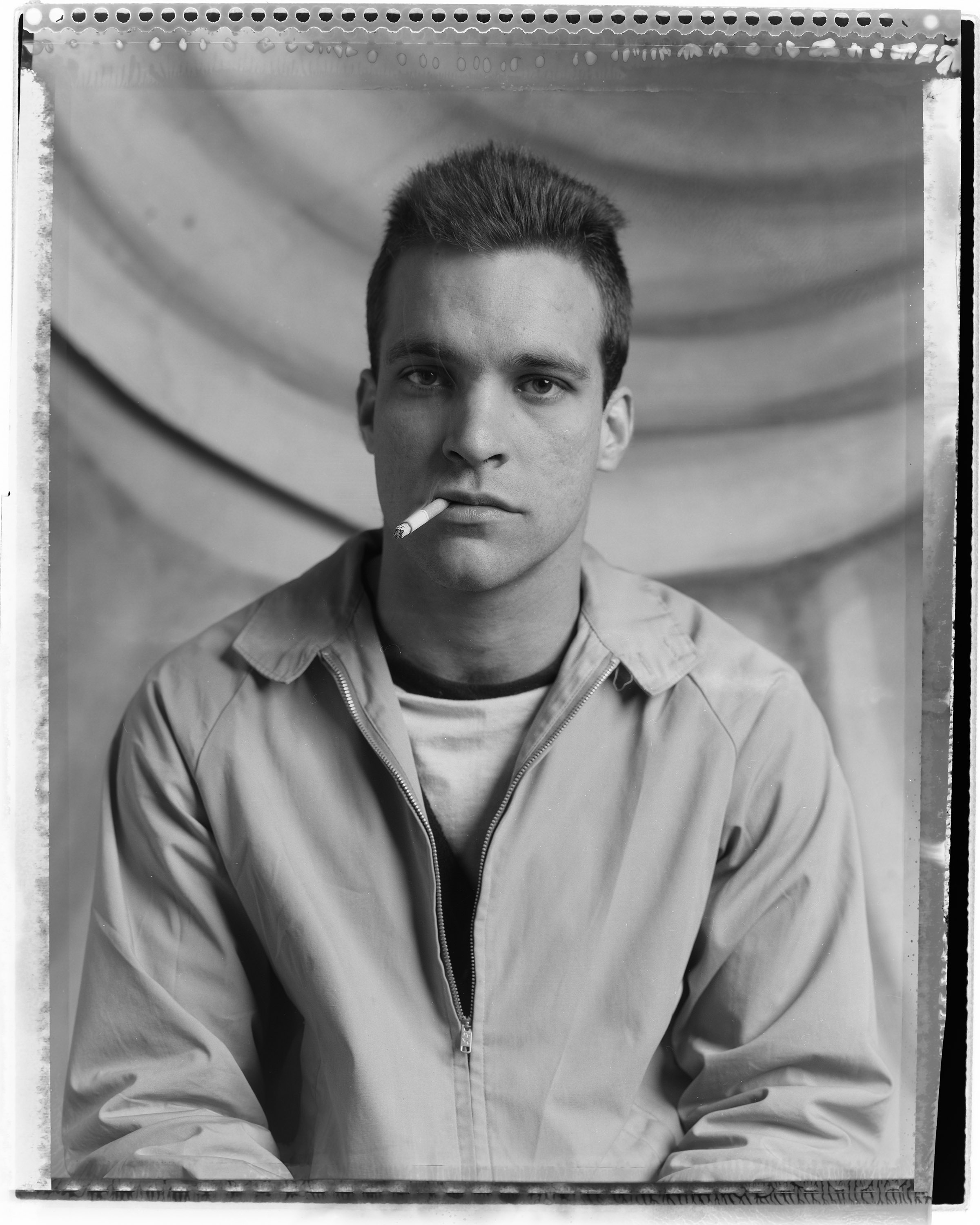 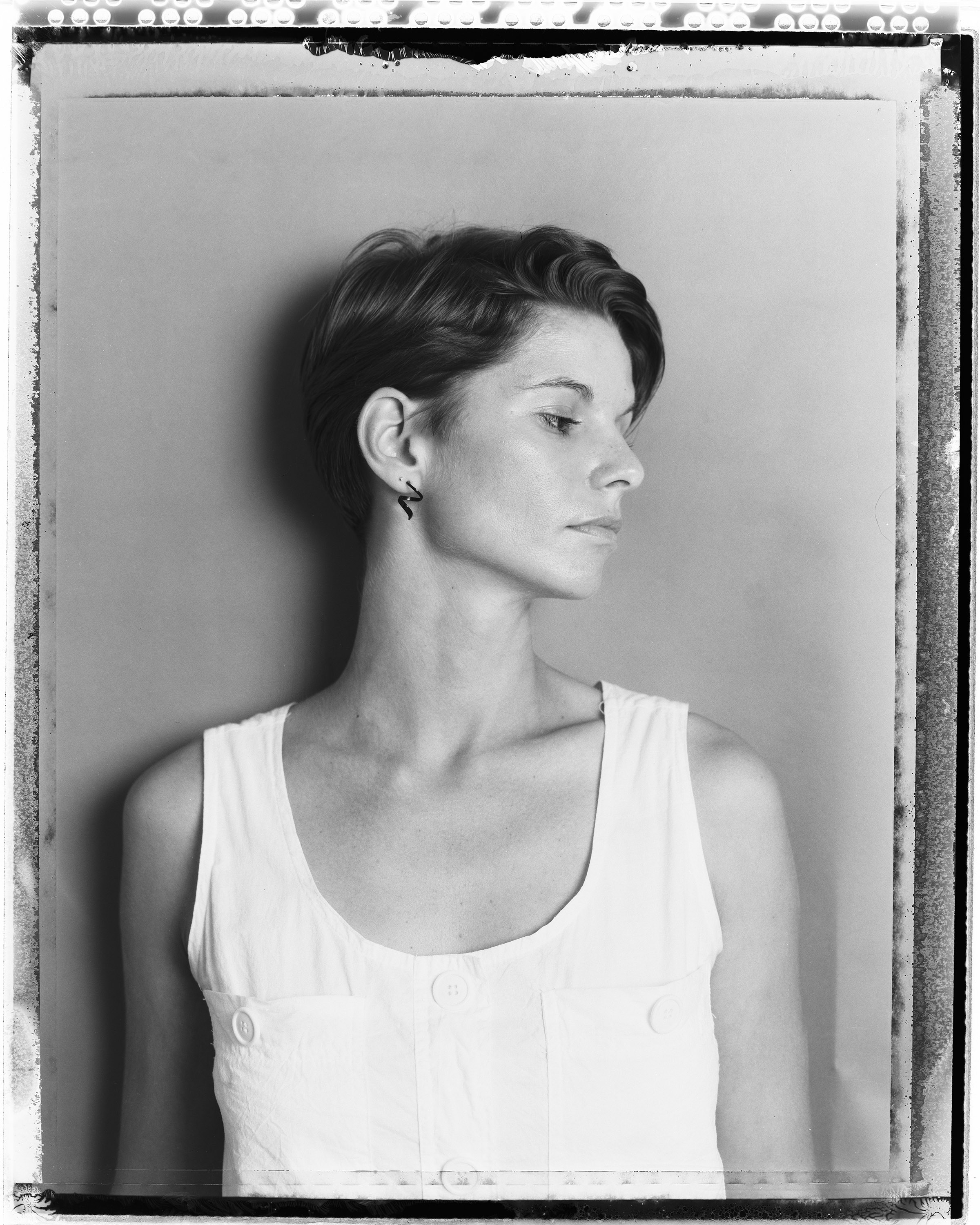 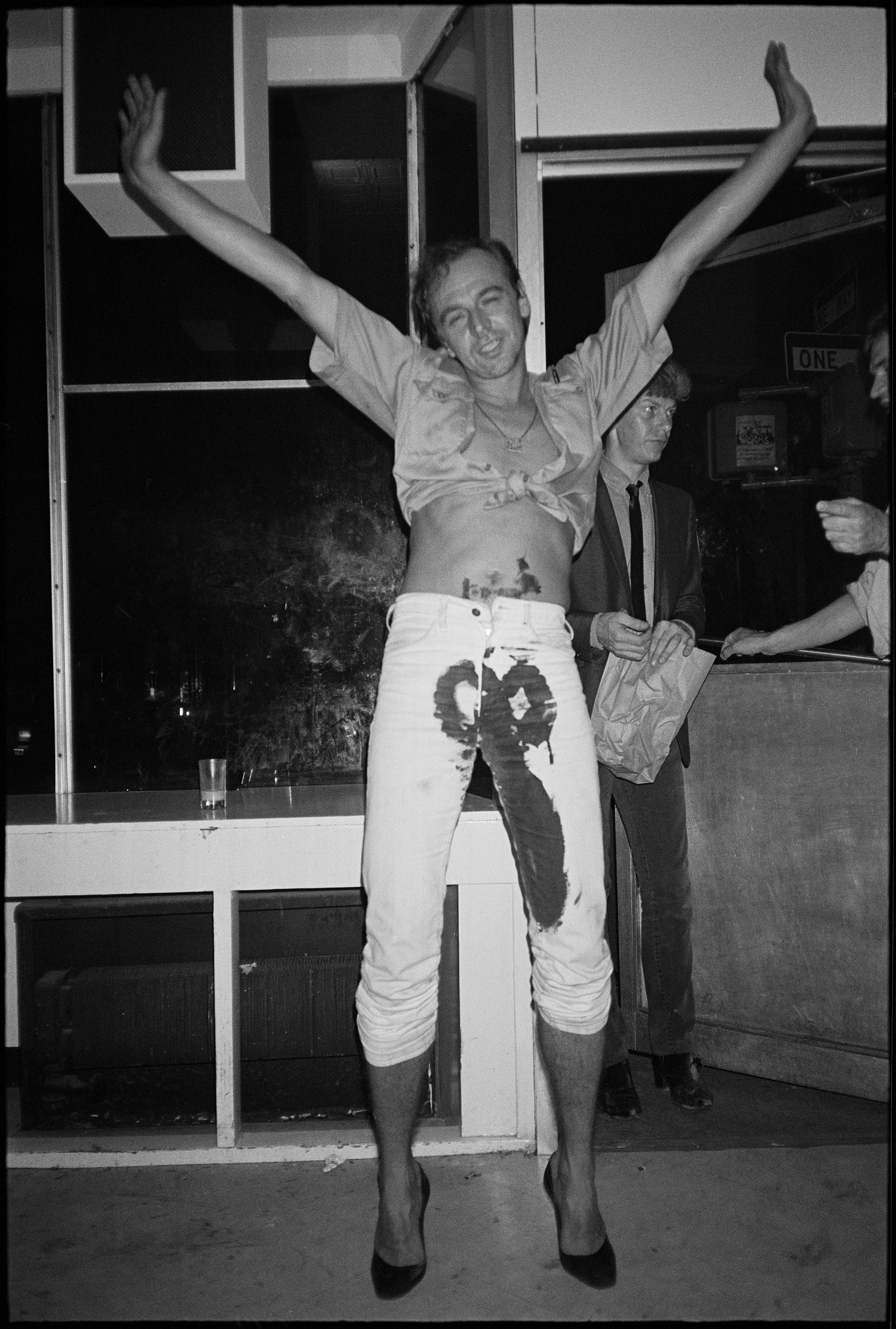 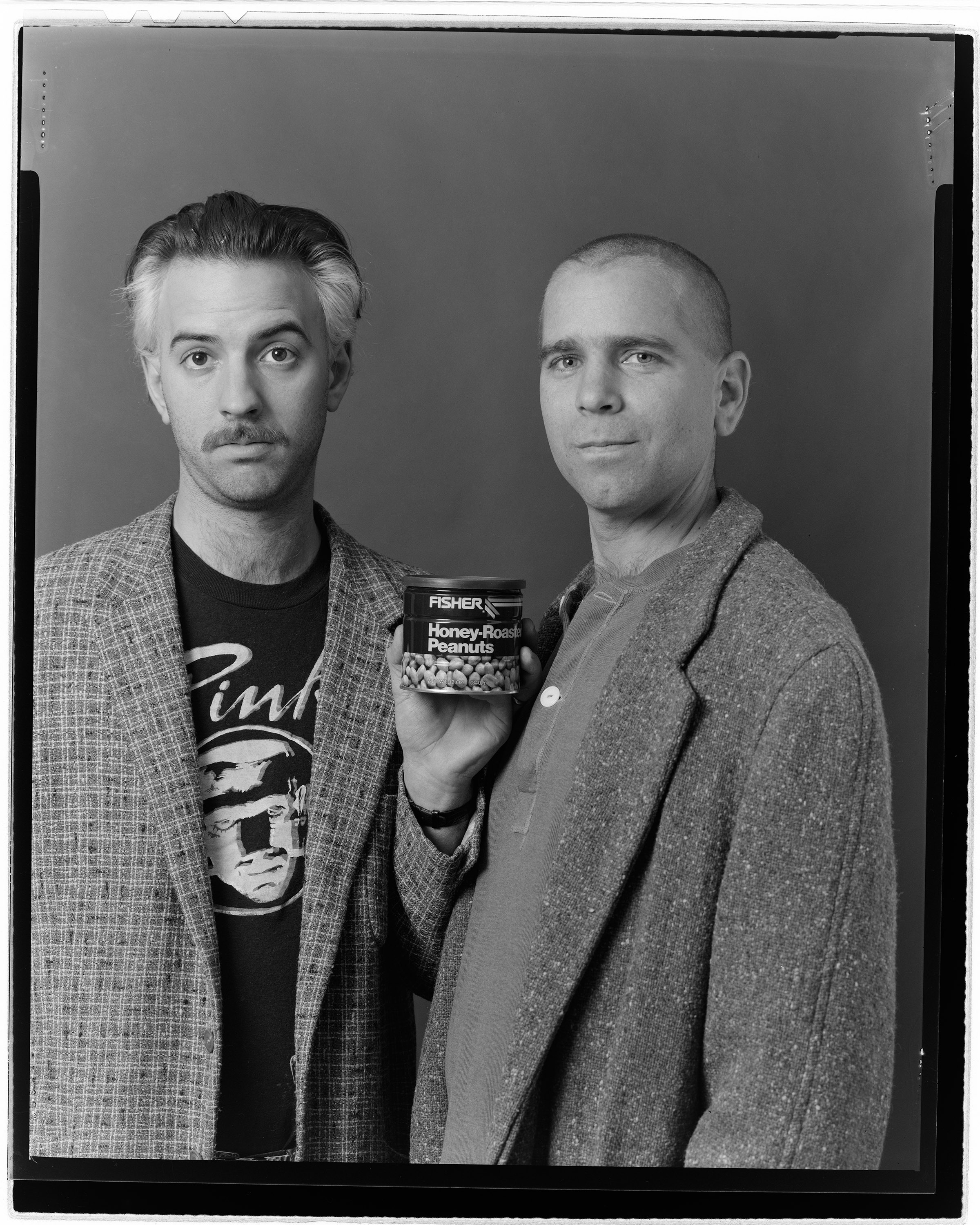 Cornelius Conboy and Dennis Gattra of 8BC at Pat Hearn, 1985 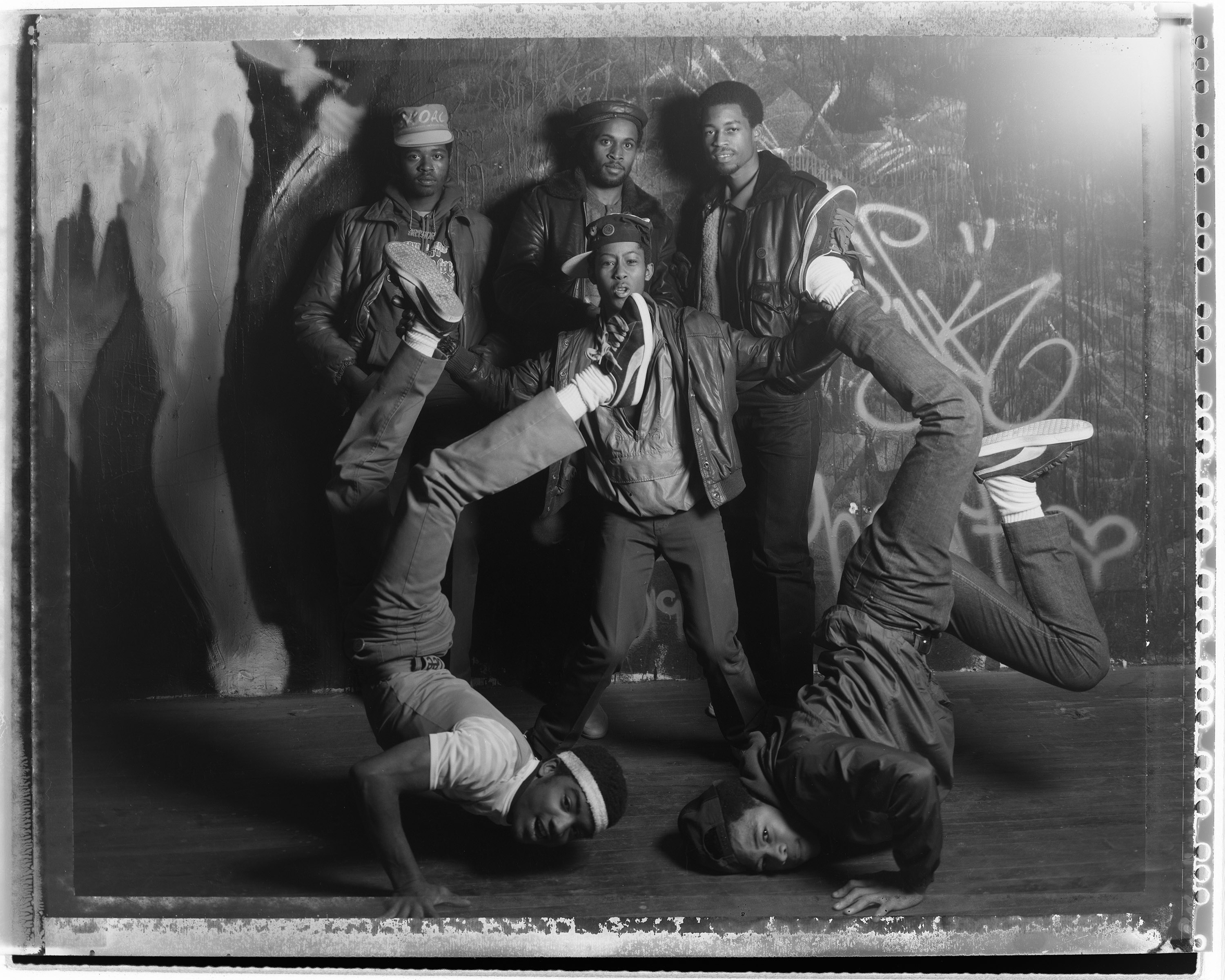 The 1980s Art Scene in New York is available for purchase here. Follow i-D on Instagram and TikTok for more on nostalgic photography.

Why is it I always really feel like you do?

At this moment I am ready to do my breakfast, once having my breakfast coming over again to read other news.|
hi http://jlskdjflksdjf.net