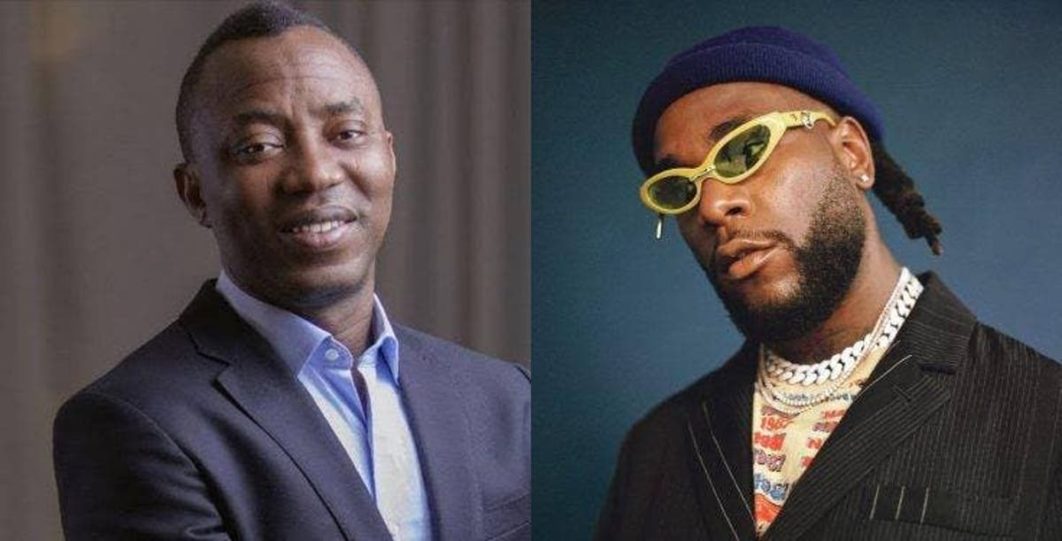 Self-proclaimed “African Giant,” Burna Boy has turned down an invitation by Nigerian politician and activist Omoyele Sowore to join in an anti-government protest on October 1st.

Nigeria is set to celebrate her 60th independence day on October 1, Sowore and his group are planning a nationwide protest on October 1, to demand the government’s accountability of its citizens.

Sowore took to Twitter on September 29 to extend an invite to the Grammy-nominated music star.

“Hello @burnaboy, everywhere I turn people describe you as a revolutionary musician, the foreign media even celebrate you compare you to Fela Kuti, but I am yet to see you lead anyone to a police station carrying a coffin for head of state! Join #Oct1stProtest #RevolutionNow.”

Burna Boy however declined the invitation saying that he does not trust any politician. He wrote:

“Everybody is a Fela fan and supporter now that he is dead. Humans are so Funny, You politicians are ALL the same (especially in Nigeria) and Frankly, I don’t trust none of you.@YeleSowore.”

Hashtags like #OccupyNigeria have been trending on social media to promote and generate awareness towards the planned protest.

Following Burna Boy’s refusal to join in on the protest, many Nigeria Twitter users have slammed the singer for being one to talk the walk but not ready to walk the walk.

Many opine that fellow singer Falz is more of an activist than Burna as he not only sings against the government’s actions and inactions but also walks the walk. Falz’s “Moral Instruction” album is a mockery of the Nigerian government.

Speaking about the purpose of the album during a school-theme listening party, Falz said:

“I feel like a lot of artists stay away from making content like this,” said Falz, 28. “But I have decided that if we have to change the mentality, then we need to be bold, we need to be brave. The album is movement, a re-education and a re-orientation. Quite obviously, we have lost a plot as a people, as a country.”

Below are reactions to Burna Boy’s refusal to support the anti-government protest:

I feel leaving this App anytime i see people putting upcoming artists like Burna boy in the same level with Falz….. Falz is more of a digital Fela than rising Burna boy. The song Bob daddy is way to big than any track in twice as tall. We don’t even need to argue that! 😢

Falz is the realest activist we have in the music industry fighting for his people lyrically and physically, while Burna is fighting for his “Odogwu” title, views and streams, they’re totally different.

Falz is more of a Fela than Burn boy.

Burna Boy only acts a little like Fela in his songs, Falz acts and sings like Fela more and that’s the fact!