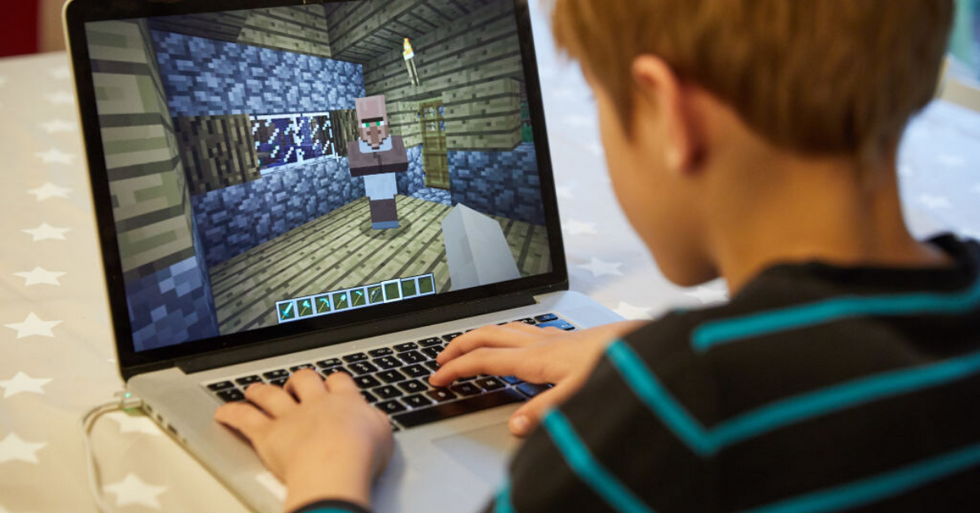 For some, social distancing adds stress to relationships. Parenting was hard enough when one could rely on an entire school day in the hands of professional educators, full of structure.

Now, with schools shuttered and kids home all day, it can be difficult to keep kids focused on anything productive whatsoever.

To deal with their son’s total absorption in video games instead of real life, one parent took drastic action. Their son, however, has waged a hefty response, and it has the parent second-guessing their decision.

To straighten out their moral quandary, the parent turned to Reddit’s “Am I the A**hole” subReddit. There, they were able to share the whole story of obsession, punishment, and backlash.

“Aitaminecraftworld,” as the parent dubbed themselves on Reddit, begins the story with a brief nod to life before they lowered the boom.

“I have 2 children, a 9 year old son and a 6 year old daughter. My son had a Minecraft world where he built quite an impressive castle on an island, which he was very proud to show to me.”

But with schools shuttered because of the virus, some new stressors appeared.

“Since school was canceled, he has had issues with waking up on time. He is supposed to wake up at 7 each morning, but for the past month he has been sleeping in until about 9 or 10. I always set an alarm for him, but he sleeps right through it.”

“I don’t wake him up because waking himself up is a skill that he needs to learn. I told him about 2 weeks ago that there are going to be consequences for him if he continues to sleep in every morning.”

The warning had now been sounded. He responded by tightening up, for awhile.

“At first, he understood and was waking up on time every morning. But for the past week or so, he has fallen back into old habits. I told him yesterday that this is his final warning. Today, he slept in until 11.”

True to their word, they levied some consequences his way. Immediately, their son totally freaked out.

“So I followed through with my warning, and went on the computer and deleted his favorite Minecraft world. I also took away computer privileges for the next month.”

“When I told him, he started screaming and crying.”

“He told me that he spent a whole year working on that world, and he’s very distraught that he’s never going to see it again. He has been crying and sobbing throughout the day, and has refused to eat any of his meals.”

A hunger strike was apparently enough to have this parent wavering on their decision, which brings us to Reddit.

The overwhelming consensus was that this was NOT the right parent move. Many Redditors conveyed this in a variety of ways.

Some were appalled simply at how excessive this punishment seemed.

“How would you like it if he smashed your car? He’s 9 years old and doesn’t need to have a perfect schedule, especially during these times. You took that way to far, don’t be surprised if he neglects you in the future.” — Soccerlover55

“Where do i even begin, you think that destroying something he loves and worked hard on will motivate him to get up in the morning? Its just extremely excessive. You said it yourself that he was extremely proud of it as well.” — potatobooi1

“That’s some intense authoritarian parenting. He was proud of it, and you ruined it.”

“You can punish him by keeping him off the video games for a while. Did you have to destroy what he created too? It sounds like a decision made in anger.”

“This is going to give your kid some serious trust issues. You should definitely apologize.” — edgyusername123

“Taking away the computer temporarily is a reasonable punishment. Destroying something hes been working on for a year is not.”

“Have you ever been working on something for a whole year? Put a year of time into making something and perfecting it? How would you feel if someone just destroyed it?”

“People tend to think that video game saves don’t matter. But hes put in a year into creating stuff in Minecraft.” — niccagetheelephant8

Others framed their feedback slightly differently. They discussed that even leaving the moral arguments aside, the approach will be ineffective at changing his behavior.

“Parenting is more about finding ways to get your child to succeed than negative reinforcement.”

“Not only will your goal of having him wake up not be met.. you’ve created additional hardship on your child during these unprecedented times.” — YCtpe

“The appropriate solution is to make sure your kid goes to bed earlier. If he can’t wake up it’s because you aren’t getting him to bed early enough.”

“It takes a few nights to adjust to an earlier bedtime too. Turn off the computer on school nights. No screen time two hours before bed.”

“Sheesh. You don’t punish the kid for a failure to parent. You parent better instead.” — _tropical_tundra_

“How exactly does this make him wake up on time? How does that punishment fit the crime? What will you do if he makes an actual mistake with real life consequences if this is how you react to oversleeping? He’s NINE.” — queenoreo

“You made a non-specific threat about “consequences” and then picked a consequence that was unrelated to the issue at hand and is irreversible?”

“That doesn’t teach your son anything and accomplishes nothing other than resentment.” — knifewrenchhh

Still other comments looked toward the future. They saw trust issues down the line.

“My dad did sh*t like this to punish me. We haven’t spoken since October.”

“He has no idea about half the sh*t in my life. He’s not invited to my wedding and he’ll never walk me down the aisle.”

“You’ll want to fix this. If you do this here, you’re doing it elsewhere and you’re well on your way to having a grown son who wants nothing to do with you.” — trash_confetti

“You destroyed it because he loved it. You know he was proud of it and therefore figured he could be humbled through it. That’s not parenting, that’s controlling and it’s also called emotional abuse.” — M33t_Me_In_Montauk

“I hope you have some savings built up, you’re gonna need it for his therapy in a few years. And say goodbye to being put in a nice old folks home.” — kitticatmeow1

“I can already picture your son speaking to his therapist about this when he grows up.” — BigBlue342

One Redditor even shared a link to some resources that may help this parent recover the file and resurrect the virtual world. If they pay any mind to the judgments of the Reddit community, they’ll likely be giving that a look.