30 years ago, a multicultural trio who found delights on New York City dancefloors released a single that merged funk, pop, and disco in a hip-hop collage style. ‘Groove is in the Heart’ is a colourful and infectious song that’s become an enduring classic. DJ Mag speaks to the members of Deee-Lite about their early days as a group, the playful adventure of making ‘Groove is in the Heart’, and the impact that it’s had on club culture

In a dance music world fractured into sub genres and micro niches, there are two things that unite global clubbers in love and admiration: a well organised cloakroom, and Deee-Lite’s ‘Groove is in the Heart’, which celebrates its 30th birthday this year. The New York group’s classic track is infectious, euphoric, nigh-on impossible to dislike. Slice ‘Groove is in the Heart’ in two and it bleeds good vibes and rubbery, melodic funk.

What makes it all the better is how utterly unlikely the song is, a work of pop art that sounds perfectly of its time and eerily prescient. ‘Groove is in the Heart’ is a patchwork quilt of influences, from funk to house, pop to jazz, that shouldn’t work together but somehow do. Its sample-delic Technicolour sound sits beautifully with the collage art of De La Soul’s 1989 album ‘3 Feet High and Rising’, but also foreshadows the cut-and-paste production puzzles that The Avalanches would make their own two decades later.

The band’s origins were similarly cosmopolitan. Deee-Lite were both very New York, their music slotting into the city’s decadent club scene, and globally disparate — DJ Dmitry was from Ukraine, Towa Tei from Tokyo, and Lady Miss Kier from the US — anticipating the explosion in global pop in the late 2010s.

Kier tells DJ Mag that she and Dmitry, her then boyfriend, “lived in the NYC club scene”. “We were out at least five nights a week, him in the DJ booth and myself on his dance floor,” she says. “We weren’t out to drink or do drugs, we were there to dance.”

Kier and Dmitry formed Deee-lite in 1986 after Kier’s first (and only) experience of LSD. “I’d never even sang before, but we tripped out and wrote three songs,” she told Music Radar in 2016. “Deee-Lite was formed that night.” Over the next year, the duo wrote 30 songs, which they took to New York’s clubs, becoming a trio when digger DJ Towa Tei joined in 1988.

Even at this early stage, the band’s sound was eclectic. “We formed Deee-lite just as the musical flames of house music and hip-hop were blazing,” Lady Miss Kier explains. “Even with these two forces, we were also absorbing ’60s and ’70s jazz and funk, ’70s and ’80s electronic music, and ’60s acid rock. I consider myself a musical intern for life.”

The band’s pan-generic appeal was clear early on, performing in New York’s hip-hop and house clubs, both gay and straight, drawing what Rolling Stone would call “vivid, multiracial, pan-sexual crowds”. Never one to be shy, Kier would design outfits for each gig, with spectacle at a premium. As their buzz grew louder, a major label bidding war ensued and the group signed with Elektra. By this point, a nascent ‘Groove is in the Heart’ — “a love letter to DJs”, according to Kier — was already in their arsenal.

The track that would later launch a million dances is built upon a wonderful collage of samples. There’s a bassline lifted from Herbie Hancock’s ‘Bring Down the Birds’ (then a staple of Dmitry’s DJ sets), drums and whistle taken from from Vernon Burch’s ‘Get Up’, and sound effects from Ray Barreto’s ‘Right On’. Whosampled lists eight samples for the song but there may well be more, a remnant of the days when litigation had yet to catch up with sample culture.

“I wrote the lyrics for ‘Groove Is In The Heart’ before I heard the musical loop,” Lady Miss Kier writes in the sleeve notes for the 2017 reissue of Dee-Lite’s debut album ‘World Clique’. “Dmitry had a record by Herbie Hancock and I can’t remember if he or Towa found the loop, but as soon as I heard it I laid down the melody that was in my head and we all added samples onto it, which I call ‘fills’”.

Insignificant as it might sound, these “fills”would prove hugely important in the song’s success. ‘Groove Is In The Heart’ explodes with kooky, joyful noises — from slide whistles to finger pops, scratches to cowbells — that create the impression that the listener is privy to the best party on earth.

Recording studios are, on the whole, pretty dull places. But it sounded like Deee-Lite were having an absolute ball as they laid it down. “Of course we were enjoying it!” Dmitry tells DJ Mag, “but it was a lot of gruelling work. We were in the studio for 18 hours a day.”

“Although Dmitry played live instruments in our show, myself and Towa didn’t play any instruments,” Lady Miss Kier says, “so we used samples to write music from other people’s music. We were used to the complexity of P-funk and the minimalist nature of Kraftwerk.”

Drizzled into the sonic stew were the contributions of some serious legends. The song reuniting three members of George Clinton’s epochal funk outfits, Parliament Funkadelic — Bootsy Collins on bass, Maceo Parker on saxophone, and Fred Wesley on trombone.

“I wrote Bootsy a fan letter and included our demo, around 1988,” says Kier. “It included the song ‘Groove is in the Heart’. He called back and left a message saying if we ever got a record deal, he would be up for some sessions. I was jumping up and down.”

Dmitry takes up the story. “Once we got a deal with Elektra, we called up Bootsy and he came down to the studio. He said, ‘Do you think you might want to have some horns?’ We said, ‘Who do you have in mind?’ Maceo Parker and Fred Wesley. The best horn players in the world.”

The icing on the cake was an interlude from a rapper on the cusp of fame, Q-Tip, whose 16 bars of tightly packed, eminently groovy rhymes have been confounding the karaoke set ever since. “He listened to the song in the studio and he said, ‘Give me 15 minutes.’” Dmitry explains, clearly still impressed by the memory. “He laid down the rap then the back-up vocals all in around two takes.”

This kind of mix wouldn’t — and perhaps shouldn’t — work. It’s easy to imagine these disparate elements colliding in a dayglo dog’s breakfast. But ‘Groove is in the Heart’ glides over its stylistic differences like a dog on a surfboard, picking and choosing from the history of modern music, from the psychedelic ’60s to the decadent ’80s, as it sees fit.

Helped along by its iconic video, ‘Groove is in the Heart’ raced up the charts on its release in August 1990. Kier says that the eye-popping video “showed all those who were too young to go to clubs what they could expect”. “All the people in the video were friends from the dancefloors of various NYC clubs like the World, Red Zone, Pyramid,” she explains. “All clubs where Dmitry DJ’d as a resident.”

The song eventually reached number one in Australia, number two in the UK, and number four in the US — a remarkable result in a country that had yet to embrace club culture on a national level. In her liner notes to ‘World Clique’, Lady Miss Kier claimed that the success of ‘Groove is in the Heart’ helped to open up the minds of the rock music industry to dance music.

“We pushed the ‘old boy’ network of rock promoters to accept DJ culture and dance music whilst on tour by having DJs as openers,” she says. “We stayed firm on our nightclub roots when the label was asking just to keep it POP! Instead we spotlighted Vogueing in our shows and influenced many artists at the time.”

While further hits of the same magnitude may have eluded them, Deee-Lite’s musical moment did not come and go with ‘Groove is in the Heart’. ‘World Clique’ is a wonderful piece of work, a vivacious patchwork of New York clubland and sharp pop hooks not a million miles away from St Etienne or Róisín Murphy. The group would later be remixed by titans of electronic music from Masters at Work to Carl Craig, the mixes rounded up on the epic 1996 compilation ‘Sampladelic Relics & Dancefloor Oddities’.

But it’s ‘Groove is in the Heart’ that will be etched on the group’s headstones: a staple of “best songs of the ’90s” run downs, wedding playlists, and dancefloor moments ad infinitum; the kind of song that is guaranteed to brighten your day and never get old. Dmitry says that song “perfectly captured the moment… ‘it personified the wonderful time when we were all hopeful for the new music revolution sweeping the world: everybody dropping their guns and shaking their booties.”

Luckily, both he and Lady Miss Kier are still fans. “I love the song and am thankful that my love for DJ culture helped create a classic ‘back of the crates’ track,” Kier says. “Who could ask for more than that? It proved to me that occasionally a song can make it onto the US airwaves, even though there was no promotion budget to put it there. Most of the best music doesn’t get that chance. Somebody must have been looking over me.” 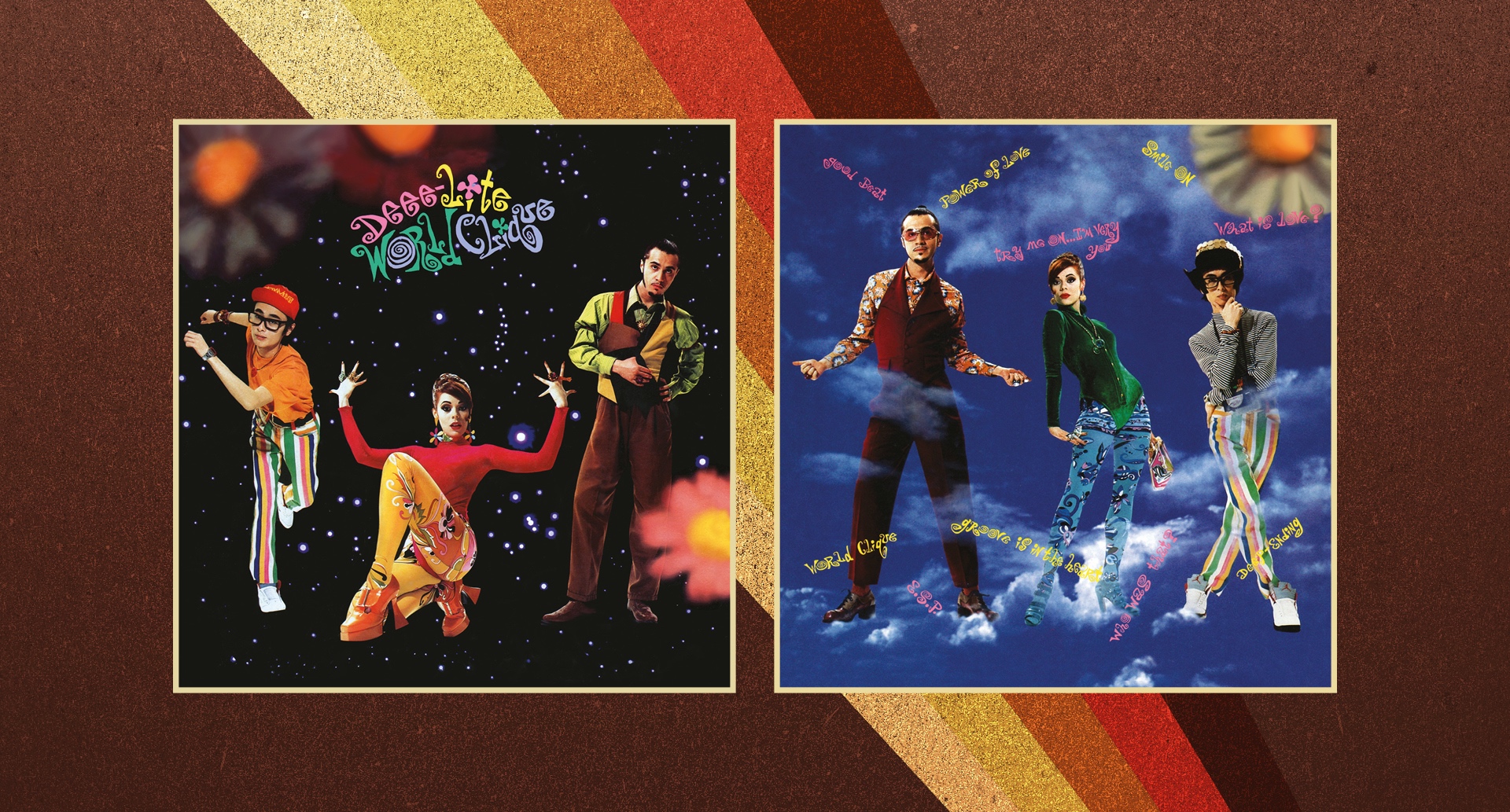