Coronavirus gets a promising drug. MAGA world isn’t buying it. 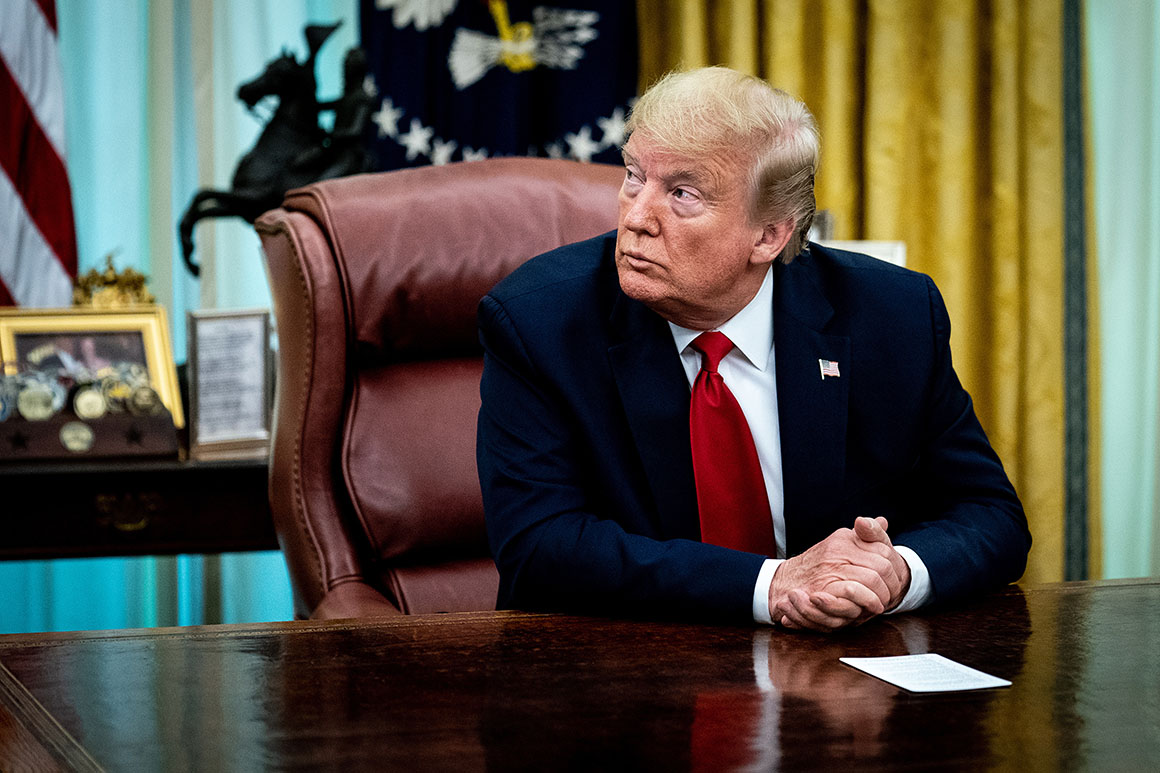 Over three weeks ago, hydroxychloroquine was all the rage in MAGA world, despite flawed and scattered evidence about whether drug could help cure coronavirus. Now there is another drug, remdesivir, with positive early scientific data.

Much of MAGA world wants little to do with it.

At first, it may seem like a head-scratching response. President Donald Trump’s base has been quick to trumpet any potential solutions to the coronavirus pandemic — especially those Trump himself promotes — regardless of the red flags from medical experts. But with remdesivir, it’s the Trump-boosting pundits who are raising the red flags, even as the president expresses optimism.

Indeed, the same segment of the right that claimed scientists and the media were deliberately downplaying hydroxychloroquine in order to hurt Trump’s standing are now the ones downplaying remdesivir. On Fox News, Laura Ingraham suggested that remdesivir, as a newer drug being produced by the pharmaceutical company Gilead Sciences, could be unsafe and expensive. Those who initially helped raise the profile of hydroxychloroquine raised doubts about the remdesivir studies.

The unexpected reaction appears to stem from the differences in how the two drugs came into the public spotlight. Hydroxychloroquine bubbled up through the MAGA grassroots — little-known investors promoted it online, got on Fox News and suddenly the president was talking about it from the White House. Remdesivir’s progress came through a government-funded trial that had the blessing of Dr. Anthony Fauci, the bête noire of Trump hardliners who blame the government’s top infectious disease expert for undermining the president and causing unnecessary economic damage with his social-distancing guidelines. 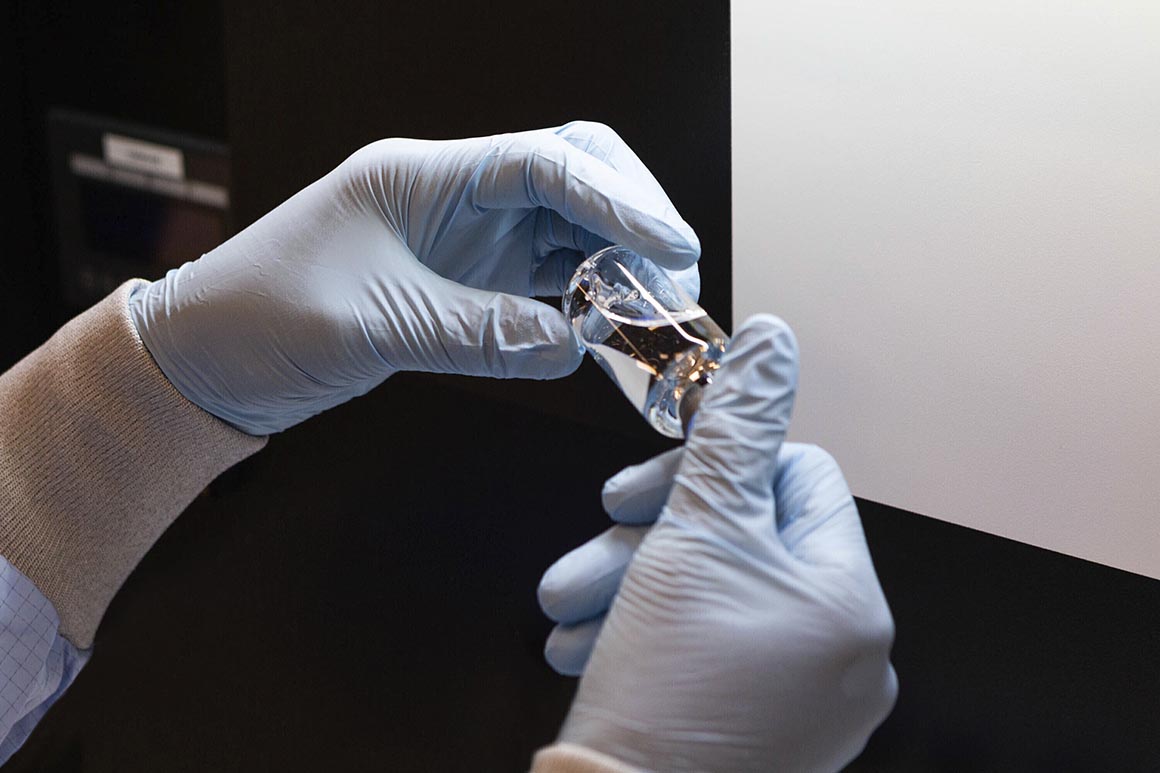 Remdesivir’s connection to a pharmaceutical company also taps into suspicions on the right that corporate executives are trying to rake in huge profits from the coronavirus. Hydroxychloroquine, on the other hand, is already widely available in generic form.

These factors were likely enough to turn off people who had been using hydroxychloroquine as a political rallying cry, said David Rapp, a psychology professor at Northwestern University who studies how misinformation shapes beliefs and memory.

The hydroxychloroquine boosters, he said, “might find the alternative idea as not being pure, in the sense that it doesn’t come from Trump. It’s coming from other sources that they might not trust.”

The MAGA base’s suspicions about remdesivir began shortly after Fauci on Wednesday announced the results of a government-sponsored clinical trial that showed that the drug shortened recovery time for coronavirus patients, calling it a “clear-cut, positive” development in the fight against the coronavirus. Fauci also made clear that this is a first step; more research needs to be done into this and other potential treatments.

That night, Ingraham devoted a segment of her show that night arguing on behalf of hydroxychloroquine. Ingraham first suggested that remdesivir could present dangers, urging restraint until government regulators like the Food and Drug Administration could thoroughly review the treatment.

“It hasn’t been approved by the FDA,” she said. “They might do emergency authorization. Hydroxychloroquine was approved decades ago.”

The FDA — which Fauci does not run — in fact did move swiftly. On Friday it issued an emergency-use authorization to help patients get quicker access to remdesivir, the first antiviral to show promise against Covid-19 infection.

The original promoters of hydroxychloroquine also chimed in with their concerns about remdesivir after Fauci’s announcement. James Todaro, a bitcoin investor who cobbled together a Google Doc pitching hydroxychloroquine as a coronavirus treatment that was widely circulated in conservative circles and caught the attention of Fox News, noted that several members on the government panel making treatment recommendations for coronavirus were affiliated with Gilead.

The controversial French doctor Didier Raoult, who was behind a disputed and scientifically flawed study about hydroxychloroquine’s benefits for coronavirus patients, was similarly dismissive of the remdesivir results.

“Two trials focused on remdesivir delivered their findings: one published in the Lancet, that concluded to an absence of clinical improvement, one another announced by Gilead then by Dr Fauci, that did not have any significative result concerning mortality,” Raoult tweeted.

Shiva Ayyudurai, a prominent proponent of the #FireFauci movement who advocates for unproven vitamin therapy to treat the coronavirus, claimed that presenting remdesivir as a “save-all, be-all cure” to coronavirus had the benefit of boosting Gilead’s stock.

“On the economic side, you have a situation where this is being moved in a fast track way and it is supporting their stock price,” he said in an interview. “On the health side, this is not about enhancing the immune health of the individual. It is a very, very short term solution.”

Officials, including Trump, have been careful to note that remdesivir is not a coronavirus cure-all. Trump on Friday called it “an important treatment for hospitalized coronavirus patients.”

But the early success has come on the heels of several studies warning that hydroxychloroquine, or the related drug chloroquine, has little provable effect on treating coronavirus patients. One study in Brazil was halted after several patients began experiencing cardiac problems while on the drug, while an analysis of U.S. veterans’ hospitals suggested that patients who received hydroxychloroquine were more likely to die than those who did not. And earlier this week, the FDA published a warning that doctors should not prescribe either hydroxychloroquine or chloroquine to patients outside of a clinical trial.

To the remdesivir detractors, these developments were merely a sign that the elites were, once again, at work behind the scenes.

“Fauci loves insanely expensive drugs and hates cheap plentiful ones or any hint of preventative supplementation. You see how quickly he praised #remdesivir and has only scorn for #hydroxychroloquine?” tweeted commentator Bill Mitchell, who Trump has been retweeting this week.

Mitchell was initially one of the loudest voices on the right dismissing the coronavirus threat and has attacked Fauci in the past. His reasoning? Fauci is “a big pharma puppet.”

Fauci has been at the National Institute of Allergy and Infectious Diseases for decades. He receives a government salary and does not profit when a drug company makes money.

Rapp said that attacks in this vein have a clear, non-medical goal in mind.

“They’re using rhetoric that allows them to not just think about which potential solutions might be useful for Covid, but also to push their political agenda,” he said, referencing the disease that develops from the coronavirus.

Another factor, he added, was that hydroxychloroquine and chloroquine had entered the conversation first.

“From a psychological perspective, thinking about how memory works, the first things that people mention are the ones that people hold on to, and they stick around longest,” he said.

The best analogy, he said, could be found in the origins of the anti-vaccine movement, which continues to cite a widely-discredited medical study from the late 1990s. That study was so flawed that the journal that published it later retracted it — but it had lasting influence.

“Maybe,” he added, “hydroxy has a similar kind of effect on these particular audiences.”